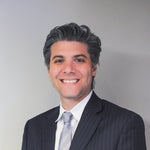 Joe joined GTN Law as an associate attorney in 2021. He concentrates his practice on zoning, land use, development, and municipal law. Joe also has extensive experience in the telecommunications industry representing wireless providers and infrastructure providers in transactional matters, environmental law, zoning, land use appeals in state court, and prosecuting violations of the Telecommunications Act 47 U.S. Code § 332 in federal court. Joe has also represented clients in a wide range of regulatory and litigation matters that led to the successful deployment of wireless networks and infrastructure.

Joe holds a Bachelor of Arts degree from Duquesne University and earned his Juris Doctor degree from Western Michigan University Cooley Law School. While in law school, Joe received the Leadership Award for his graduating class, served as Vice President of the Student Bar Association, and served on the Moot Court Executive Team.

While in law school, Joe clerked from Judge Michael F. Marmo of the Allegheny County Court of Common Pleas.